Five Fun and Fantastical Forms of Transport for a Party

Five Fun and Fantastical Forms of Transport for a Party

You only have one attempt to make an entrance, so why not make it count and arrive in style in or on one of these truly magnificent and utterly memorable party machines.

If you and your buddies are in absolutely no hurry to get to the party, but really want the entire neighborhood to know when you’re not even close to getting there, you might want to consider hiring this 12 meter high, 21 meter long, and 48.4 ton mechanical elephant. Able to carry up to 49 passengers at speeds that range from one to three whole kilometers per hour, this magnificent creature is a 450 horsepower beast that’s powered by 44 hydraulic, 6 pneumatic and 10 gas cylinders that can keep its heavily-stomping pace going for up to 45 minutes. If all that doesn’t make it sound impractical enough for your requirements then consider how it’s currently living in Nantes, France, has a day job of being a major part of Les Machines l’île touristic art project. Fancy an epic ride? Then you’ll have to go and visit this magnificent steampunk elephant on its home turf. It will be worth it. 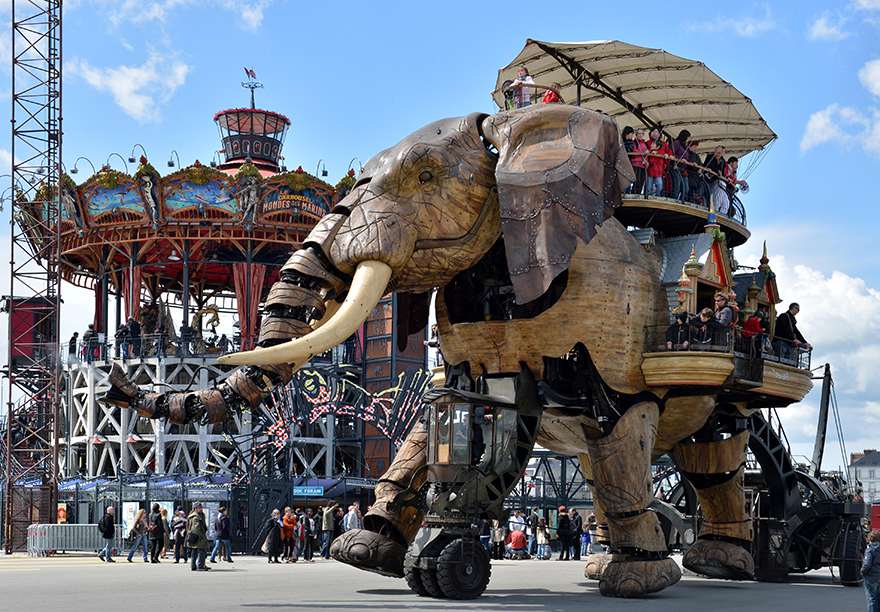 Perfect for those who quite like exercise, but also dearly love beer, and also known as a cycle pub, beer bike, pedal crawler, or birricilo, these mobile bars originated in Europe and have now become popular across the United States, especially in areas where it’s actually legal to carry open containers of alcohol. PedalPub, for example, imports its mechanical booze cruisers directly from the Netherlands, operates in 28 cities across the country, and can offer the full party bike experience in Minneapolis, where there’s no open-container law. When carrying a 25-gallon cooler of beer their rigs weigh an impressive 4376 pounds and, with 10 reveling peddlers doing their bit, can conformably reach speeds of 12mph. However, not everyone has been impressed by the sight of one passing by. In May 2015 six people were arrested for attacking a PedalPub party bike with water balloons and super soakers, and inadvertently drenching some off duty police officers.

This rather exclusive and menacingly cool 6 ton giant mechanical spider took its first steps back in 2007, having taken its creator Martin Montesan three years to imagine, design, cut, notch, grind, bend and weld together. Able to carry two people in its cockpit with room for seven passengers on its upper deck, it’s powered by a 454 cu. in. Big block Chevy V-8 engine, has a height of 11 feet, a cruising speed of between 1 and 2 mph and gets an impressive half a mile to a gallon. Importantly, it is available for hire should you want it to turn up to your party – as long as your party is actually a major event or festival. Even more importantly, The Walking Beast can only travel either forward or backwards, but then who would dare ask this monster to turn around anyway?

A what? Oh yes, you could indeed party in a Cold War Russian submarine. Specifically, the U-475 Black Widow which was built in 1967 in the Sudomekh shipyard in what was Leningrad but is now known as Saint Petersburg. Decommissioned in 1994 and sold into private hands, she was moored at Long’s Wharf near the Thames Barrier in London, England, opened to the public, and made available for private parties – like the hectic one pictured. As you can see, such celebrations were wild and crazy affairs that you really had to have attended to truly understand, which is why it’s a great shame that the vessel hasn’t been available for hosting celebrations since 2004. Technically never used as a functioning mode of party transport, you can bet that she did at least bob about a bit in the water while people onboard enjoyed some warm gin-based drinks as they talked about the weather being quite nice for the time of year. 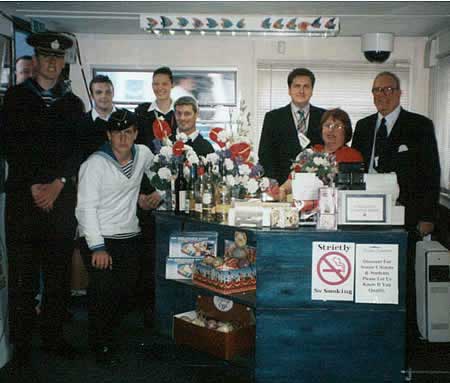 Finally we come to a solution to your party transport needs that’s stylish, practical, affordable, and totally water proof. The Hummer Transformer Limousine Party Bus in NJ can seat 30 passengers, features a state-of-the-art sound system, laser lighting, full bar, VIP outside seating area, and can actually turn around corners. Fully suited to getting your party going way before you even reach your chosen party destination, and ideal for getting around New York and New Jersey, it offers an incredibly smooth ride and is absolutely perfect for any celebration that requires any amount of distance to be travelled. Indeed, it’s so luxurious and full of features it even acts as a party destination in itself. 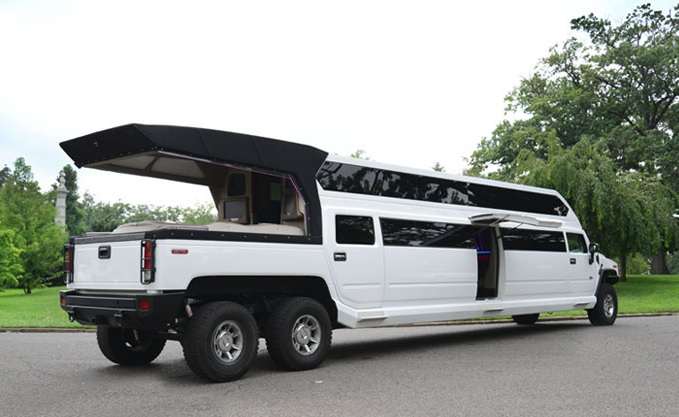