The History of the Limo

The History of the Limo

Just 150 years ago the streets would echo with the rhythmical beat of iron shod hooves. Drivers dressed in top hats and smart suits, the sweet smell of horse sweat and oats and as dusk fell, a light film of steam from their damp coats filled the sky. 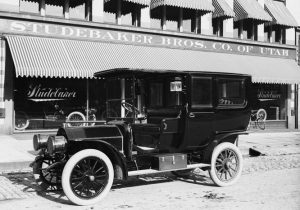 Ladies clad in fine silk, expensive and exquisitely designed hats perched above their perfectly manicured hair, the gentleman in morning coats. This was the age of the very first Limousines, pulled by highly bred coach horses, groomed to within an inch of their lives, coaches polished and drivers immaculately turned out. There would be up to 4 horses pulling large coaches, suitable for carrying up to 6 people in velvet lined seats. It seems bizarre that in such a short period of time that limousines could have changed so much but as the years have passed and the age of technology has grasped hold of our society, Limousines are no longer only available for the very affluent and famous and neither do we have to cope with watching our step as we cross the street to avoid large lumps of horse crap.

The first limousines originated in the French province of Limoges. In this era they were called the carriage of Limoges. Dating back to the 1700’s, these carriages were pulled by horses of a high step gait to provide a smooth journey for their passengers. The chauffeur was nearly always out in the elements and subjected to every weather. It was not unusual for a driver to be out in snow for up to 12 hours at a time, they would warm their hands by placing them under the blankets of the horses at rest stops, it was common for a drivers horses to receive better care than the driver themselves as without his horses he could not provide for his family. 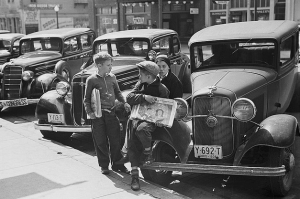 By the early 1900’s – the age of the engine, horses were replaced by highly polished motor powered vehicles. They often seated between 3 and 5 people, with the driver being in a separate compartment to the passengers. This has remained the only similarity between the carriages of Limoges and the mondern day limousine. These vehicles typically had a top speed of around 15 miles per hour and boasted removable top covers, however it should be noted that the driver was still subjected to being in the open air and was rarely protected from the elements.

Stretch Limo’s didn’t come into production until the late 1920’s, where they were primarily used to transport the superstars of the music industry. The first stretch Limousine was placed into production in 1928 in Fort City, Arkansas by a company called Armbusters and it was not until this time that it was common for the driver to be under cover, although still in a separate compartment to his passengers – a trait that still remains today. There was still no heating, no pounding music systems and certainly no champagne on ice but the Armbusters transformed the way that Limousines in our modern day world are used and seen in todays modern world.